The House of Representatives passage of the 21st Century Cures bill showed how our elected officials can work across party lines in an attempt to improve our nation’s health.  The House Energy and Commerce Committee led a bipartisan effort over a year’s time to listen to patients and patient advocates, the bio-pharmaceutical industry and government agencies looking for ways to accelerate treatments and cures.  The bill passed the House by a vote of 344-77 – remarkable in these highly politicized times.

Now, the giant next step is to see what kind of bill the Senate develops.  If the Senate product and the final 21st Century Cures Act is close to the House bill, the most lasting benefit for the FA community is likely to stem from the significant increases in the NIH budget and the smaller increase in the FDA budget – about $8.75 billion for the NIH and $550 million for the FDA.  FARA worked hard over the past year with our colleagues at organizations such as the National Organization for Rare Disorders, the Alliance for a Stronger FDA, and Research!America, and directly with congressional offices, in support of the 21st Century Cures bill, especially its provisions to increase the NIH and FDA budgets and one particular provision that would advantage drug companies that develop and gain FDA approval for therapies for rare diseases such as FA.

Now, the next task begins with encouraging the Senate to develop a 21st Century Cures bill that contains the same beneficial provisions as those just passed in the House.  FARA will continue to work with all our allies in this important cause and, at key points, we will be turning to the FA family to encourage you to communicate with your elected representatives for support of this effort.  As always, you -- the FA family -- are FARA and are at the heart of all we accomplish together. 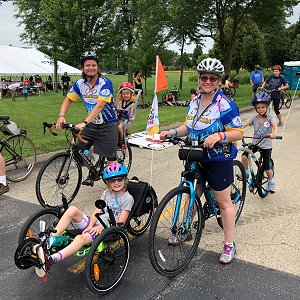