This weekend I went skiing with some FA friends.

We stayed in a cabin in Truckee, CA on Friday and Saturday nights and skied in the afternoon on Saturday. At the cabin we spent time laughing at each other, having very serious political discussions about MAC vs. PC, listening to one of Paul's informative and insightful lay person FA lectures, and learning to play Backgammon. 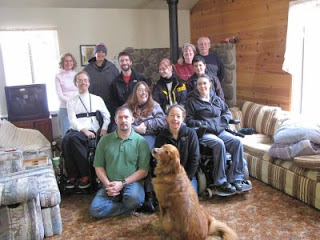 
There were 5 skiers in our group, we skied with Disabled Sports USA and had a blast! I attempted to ski standing up again and I performed quite well if I don't say so myself. However I think I am going to try sit skiing on a monoski or a biski next time so that I can be a little more aggressive and reduce the risk of injury. Also, the sit skis look like a lot more fun as demonstrated by Phil, Brianne, Calie and Sophia. Find out more about disabled ski equipment at the DSUSA equipment resource page. 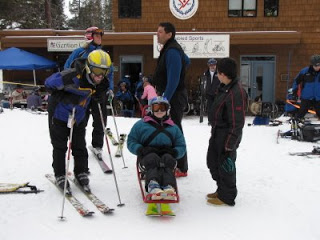 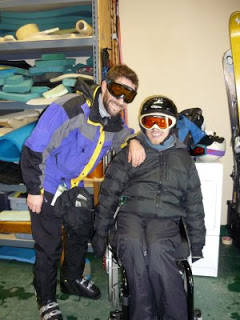 My instructor for the afternoon was Vanessa who I had met during the summer while cycling and waterskiing with DSUSA. Vanessa and I had a great time shredding the mountain and chatting and laughing on the lift. Skiing is great because: 1. You're skiing 2. You're hanging out with other people who love skiing. 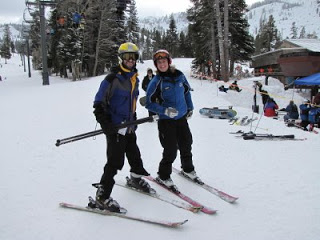 A good time was had by all!

Archived in
the Ride Ataxia Blog